With Euless, Texas being a Tree City USA, you deserve indoor air quality to match that provided by Euless’s many trees. How can you achieve something close to tree-like clean air? The easiest solution is to maintain clean air ducts, and our experts at Fresh Air Duct Cleaning will clean your air ducts to give you the best possible indoor air quality.  If you aren’t sure how to determine if your air ducts need cleaning, ask yourself: 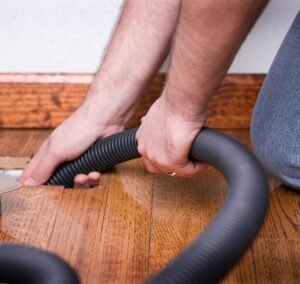 The Early History of Euless, Texas

The area that would become Euless was initially home to many Indigenous people before the arrival of pioneer settlers in 1845. The community would not truly thrive until the city of Euless was founded in 1879 when the Euless family purchased the land they officially settled in 1881. Upon their arrival, the Euless family built a cotton gin and farm, which brought economic prosperity to the town and the local community. Coincidence or not, the locals saw the arrival of the Eulessess as a harbinger of their improving fortune, leading them to name the city Euless in their honor.

Euless remained a very small city, however, only having a population of 25 in 1915. Euless continued to be a farming community through the late nineteenth and early twentieth centuries. Euless’s fortunes would once again change in the 1920s. First, Tenessee Dairies opened a plant in Euless, bringing more work to farmers. Then, during the era of Prohibition, Euless became a center of illegal alcohol access and production, giving it an additional economic boom.

Today Euless is home to a population of over 61,000 people and is a city that values its historical roots. Euless’s Historic Heritage Park is a neighborhood consisting of homes and buildings preserved as markers of historical significance, including the city’s first brick house known as the Fuller House. During special events, there are demonstrations performed at the recreated blacksmith shop. Next to Heritage Park is the Euless Heritage Museum, which houses countless artifacts dating back to the city’s founding.

Aside from its historic landmarks, Euless is also home to the Arbor Daze Festival. Every April, the Arbor Daze Festival in Euless celebrates Arbor Day through various community activities and entertainment. Attendees are given a free tree to plant, which has contributed to the continuously replenishing tree population of Euless. More than 150,000 trees have been planted since this tradition began.

Bringing your home the best livable air quality is our goal here at Fresh Air Duct Cleaning. Our team uses the latest in air duct cleaning technology to restore your indoor air quality to its best. These include the Rotobrush and BrushBeast, which will clean your air ducts thoroughly in no longer than four hours! To get started on bringing your home airflow to prime condition, contact us today.