Clogged dryer vents are the number one cause of dryer fires in the United States. You should clean your lint trap in your dryer after every load of laundry. When it comes to the exhaust duct where the hot moisture escapes your dryer, it should receive a Frisco dryer vent cleaning every year.

The dryer vent leads to the outside of the home, where it expels the hot moisture from your dryer. As the moisture leaves the dryer, lint may get carried away with it. Lint can eventually build up in your dryer vent and create blockages that become serious issues.

If you live in the Frisco, TX, area, you should consider receiving a Frisco dryer vent cleaning by Fresh Air Duct Cleaning. Our Professional Vent Cleaners happily service the Greater Dallas Area because we want to help residents maintain their home’s safety. 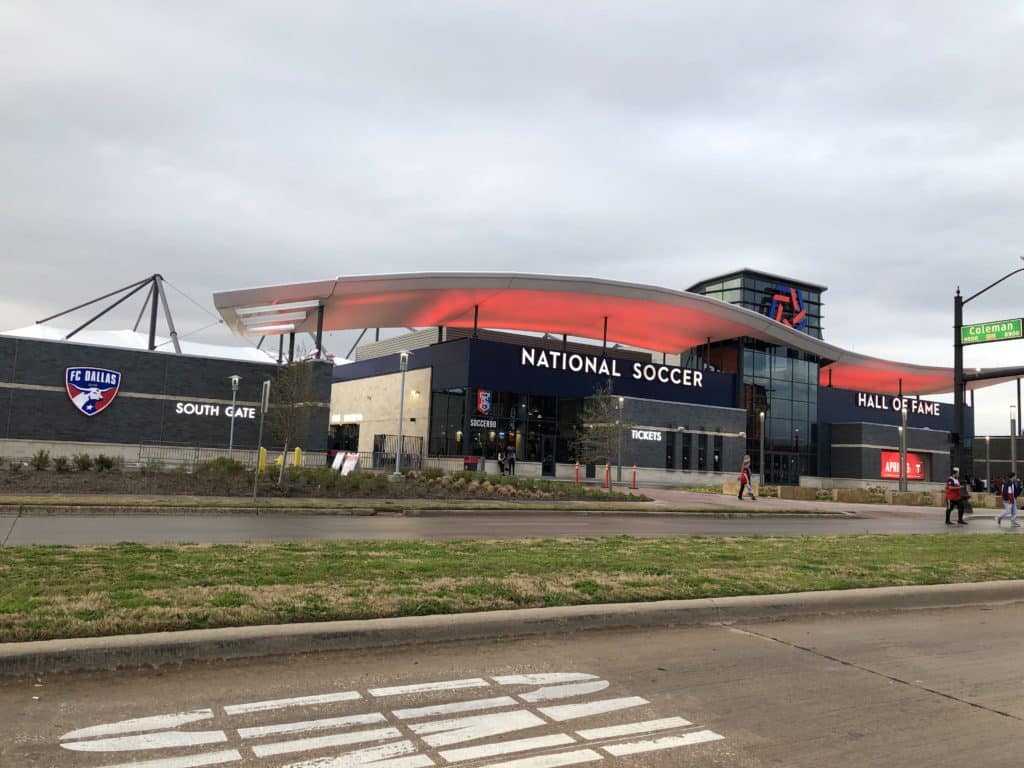 Frisco originally started as a small settlement known as Lebanon. It was established on a wagon trail known as the Shawnee Trail. This trail eventually became the Preston Trail and is now known as Preston Road. In 1860, a United States post office was built. It wasn’t until 1902 when railroads were built near the town. The line was of the St. Louis-San Francisco Railway, and many residents moved their homes near the train station.

Eventually, the train station grew in popularity as a place to live. Many residents moved their homes there, and a community started to develop. Eventually, the town was called Emerson, but the post office said it was too close to another Texas town name. So, the residents named the town Frisco after the railroad.

Frisco’s most notable locations are sports-related, but the city also has an impressive museum and various venues. If you are interested in museums, try visiting the Frisco Heritage Museum with a museum of the American Railroad portion. A separate complex is being built for the exhibit. The Discovery Center houses an art gallery and even the National Videogame Museum.

One of the most significant sports venues in Frisco is the Dr. Pepper Ballpark, a baseball stadium that opened in 2003. The stadium is capable of housing more than 10,000 people. BaseballParks.com rewarded the stadium the best ballpark in 2003. Baseball is not the only sport featured in Frisco. Football also reigns supreme in the city as the Dallas Cowboys moved their corporate headquarters there in 2016. The building opened in the summer of that year, and a 91-acre Dallas Cowboys project known as The Star was built. One of the training facilities allows local high schools to use as their games.

Hockey, soccer, basketball, and lacrosse are other notable sports in Frisco. Each of these sports is represented in a way by a sporting venue. Frisco even has an Olympic-sized swimming pool at the local natatorium.

Frisco, Texas, is notable for its sports venues. With such an emphasis on physical activity and health, you must maintain your own health as much as possible. One of the best ways you can do that is to receive an annual Frisco dryer vent cleaning. By doing so, you can maintain your health, and more importantly, your safety.

Your Frisco dryer vent cleaning is only a phone call away. We usually can perform same-day or next-day service. So, give a call to our professional vent cleaners for fast and reliable service.