The city of champions deserves champion-level air duct cleaning and HVAC services. The great news is that Fresh Air Duct Cleaning is just that service for the people of Duncanville, Texas. We take pride in the special attention we give to each and every one of our clients and their HVAC needs. Whether it’s a chimney sweeping or a dryer vent repair, Fresh Air Duct Cleaning provides the best service to Duncanville, the city of champions. 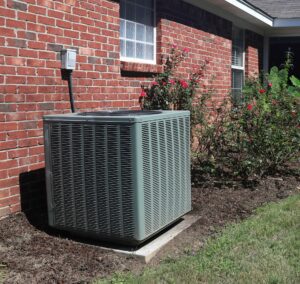 The History of Duncanville

Duncanville, Texas, began as a small settlement that was part of Peters Colony in 1845. The beginning of the settlement is attributed to the arrival of Crawford Trees from Illinois, who purchased several thousand acres of land. The land was home to such establishments as the Little Bethel Male and Female School, which also served as a church. However, this settlement expanded its horizons when the Duncan Switch, named after a line worker, was built as a stop along the Chicago, Texas, and Mexican Central Railway in 1881. Because of the construction of the Duncan Switch, the city was renamed Duncanville a year later, with permission from the U.S. Postal Service.

Duncanville Grows In The 20th Century

Finally connected with the rest of the state, Duncanville’s population and commercial enterprises grew exponentially by the dawn of the twentieth century, a time full of many changes for the city. During World War II, Duncanville became flight training grounds for the Army Air Corps. In the 1950s, Duncanville was a command site for North American Air Defense, making the city a center for business and military training.

Today Duncanville is known for its status as a certified retirement community that champions every one of its senior citizens. The D. L. Hopkins Jr. Senior Center is a center for senior living in Duncanville, hosting many opportunities for senior community involvement.

Duncanville is also home to the monthly Duncan Switch Street Market where businesses get to sell their products and make a name for themselves, allowing the citizens to support local businesses. In addition to the Duncan Switch Street Market, Duncanville also plays host to entertainment and recreation centers such as the Museum of International Cultures, Red Bird Skateland, Armstrong Park, and many more.

The people of Duncanville need HVAC services fit for champions. A clean HVAC system means a clean bill of health for everyone. An HVAC system that’s left uncleaned or without repairs can lead to carbon monoxide poisoning, mold or rodent infestations, and other situations that can result in heart or respiratory issues.

According to the EPA, there are proactive steps you can take to prevent or reduce air duct contamination. A few of these steps include regularly changing filters, vacuuming your home, and following manufacturer recommendations when cleaning and maintaining heating and cooling systems. You should also continue to educate yourself about what kind of HVAC system is in your home so you can be best equipped to maintain it. If you’re not sure how to go about it, then Fresh Air Duct Cleaning will be there to help you.

Whether you are raising a family or settling into retirement, you deserve to live your life surrounded by the best quality of indoor air. Our technicians at Fresh Air Duct Cleaning are here to give you, the people of Duncanville, the best quality of life by providing the best possible HVAC services in the Greater Dallas Area. Contact us today for a free quote.