One of the most important tasks you can do to maintain the safety of your home is to regularly clean out the dryer lint trap on your clothes dryer. When lint is allowed to accumulate in this tray, it can contribute to lint buildup in the exhaust vent itself, as well as allow moisture to become trapped, which promotes mold growth. However, the greatest danger of not regularly cleaning your lint trap and vent is that lint is highly combustible, and if it comes into proximity to the dryer’s heating element, it can quickly ignite and start a house fire.

According to FEMA, dryers cause approximately 13,820 fires and over $233 million in property damage each year in the United States. Lint is often used for camping or bonfires to intentionally start fires, because of its high combustibility. A single spark can spread quickly in the lint, through the vent, and into surrounding materials and structures of the home, leading to a large fire in a short amount of time.

As scary as this possibility may seem, there are several measures you can take to protect yourself and drastically reduce chances of a dryer fire in your home.

1. Clean the Lint Trap After Every Load of Laundry 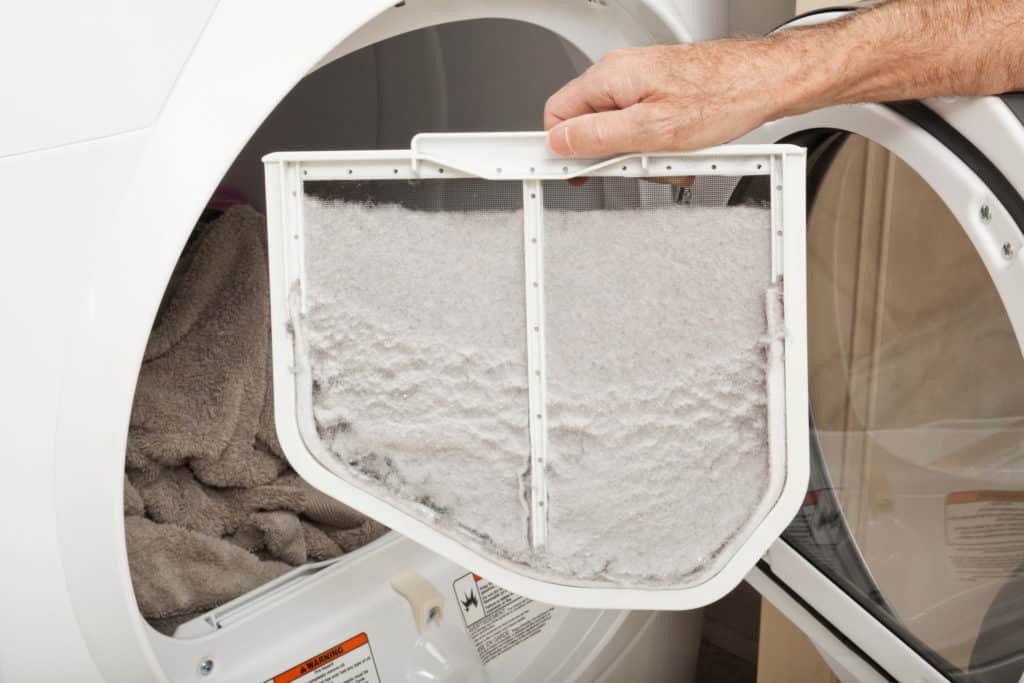 Cleaning the lint trap after every load is a simple task, but there are some details to keep an eye out for. Generally removing the lint itself is as simple as sliding the tray out from its pocket (if applicable) and using your fingers to collect the lint as you drag it across the wire mesh.

However, if you notice that the mesh itself seems to be clogged, this may be due to dryer sheet residue. Use warm water, soap, and a bristle brush to remove the fabric softener buildup trapped in the screen.

Bonus: What to do with dryer lint?

After cleaning your lint trap, you may find yourself wondering, “What do I do with this? Should I just throw it away?” Depending on the fiber content of the clothes washed, the lint collected from the dryer can be reused or repurposed for a number of applications.  As mentioned above, dryer lint can be made into a fire starter for camping or bonfires by stuffing it into a toilet paper roll, wrapping the roll in newspaper, and tucking in the ends. If the materials washed are from natural sources, like cotton or linen, you can add dryer lint to compost for your garden, where they provide necessary nutrients.

Depending on the chemicals you use in your laundry, you can also use the lint as bedding for pets like gerbils, rabbits, or hamsters. (Make sure that your pet does not have a sensitivity to any or your detergents or fabric softeners, first.) Finally, you can use dryer lint for a variety of craft applications, including making it into paper and using it as stuffing for dolls or stuffed animals.

2. Have your Dryer Vent Cleaned Regularly

Though the lint trap is designed to prevent the majority of lint from entering the dryer vent, some lint will escape through and get stuck in the vent. One of the best ways to prevent buildup of lint in your dryer system is to hire a professional to remove the lint, dust, and other particulate matter that build up in the vent system on a regular basis. Our specialized tools like extendable brushes and vacuum attachments are designed to access the hard-to-reach areas of the vent system, and check for fire hazards related to dryer lint. 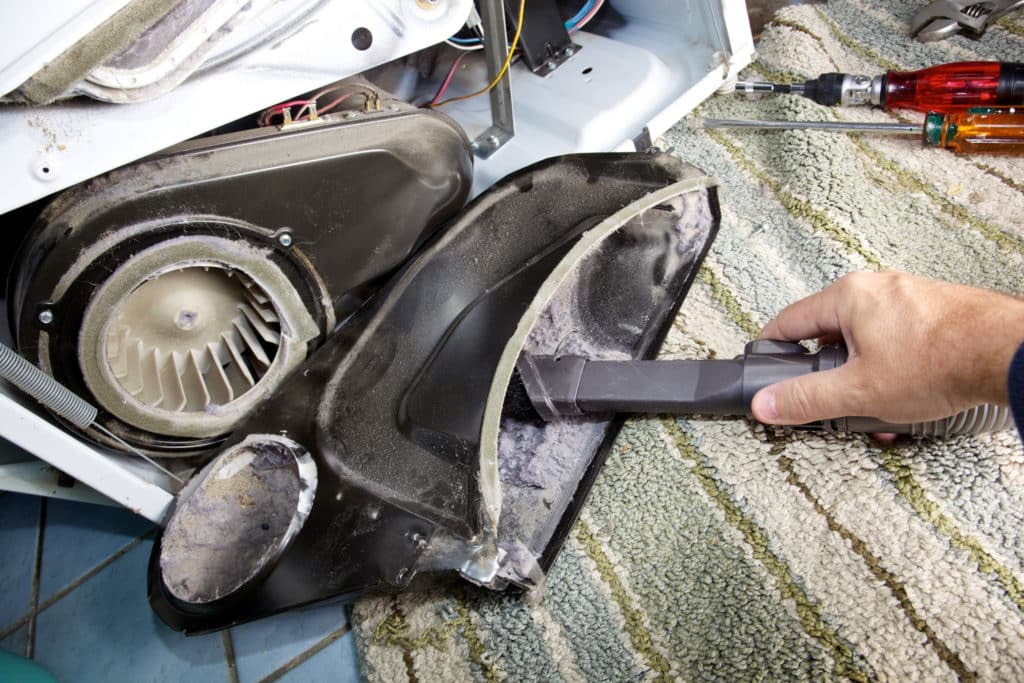